The Road To Recovery

A Day in the Life Family Parenting

It has been just over a week. A hard, trying, emotional, crazy 10 days.

The road to recovery has been better than anticipated but hard none the less.

A finally came home from the hospital on Monday night. We knew he would get better care at a hospital, but it was time. And he was ready. We didn’t know what to expect, how he would feel and how it would be with the kids.

The kids were scared.  It took them until Wednesday to actually come up right next to him. His face was scary to them. They had never seen their dad hurt so badly before, I don’t blame them on how they felt. Either did A, but I knew it was hard for him to see that his kids didn’t want to be near him.

I became a full time nurse, caregiver, mom and wife. We barely slept as every time A moved I would wake and he was in pain. He was given his medication consisting of an antibiotic, tylenol and antiseptic mouth rinse every 4 hours. Our routine became just that, a routine. Wake up, take meds, get kids ready, take kids to school, help A, more meds and so on and so on.

I thought to myself a few times that this shouldn’t be us at this age. Feeding him, helping him drink, move around, giving meds. That should be us when we are 90 years old, not 40.

By Wednesday he was doing so much better. He was mobile, wanting a change of scenery from our bedroom. He would sit on the couch with us, watch tv with us, sit at the kitchen table with us. He was drinking more and more and I became an excellent smoothie maker 😉

We had a follow up with his surgeon who was very impressed with his recovery so far. His range of motion in his mouth was better than she expected. But she wanted his face to be clean. For 4 days his face was trying to heal from the lacerations, wounds and scars and became almost like a giant scab. He had to stand for 2 hours cleaning all of these pieces of skin off. Which hurt him very badly, but once he was done it was like looking at a new man. It was Allen again. I could see his face, minus the 4 scars he had in different places.

Every day he is getting stronger and stronger. His stitches have been removed. He is getting up every day and going for a walk on the treadmill to keep us his strength. He is eating solid food, kind of, but trying.

Due to the concussion he suffered he does get headaches every day. But they are manageable and hopefully within a couple of months they will subside.

All in all, considering everything he has been through, he is doing well. Thank god. The road to recovery hasn’t been easy, and he still has a little ways to go, but thanks to everyones wishes, gifts, visits and overall love, he is pushing along.

If you know Allen like I know Allen, nothing will stop him.

Two Lunches and A Picky Eater 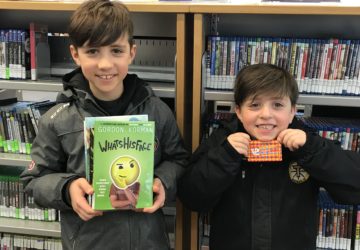 Our new way of finding a good book 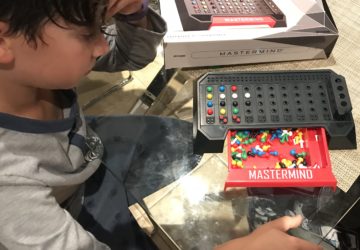 The return of Mastermind for family game night