From OT to Bullying…an interesting Friday – Me, Myself and Kids
April 28, 2014

From OT to Bullying…an interesting Friday

A Day in the Life Parenting Uncategorized As some of you may already know from my last post, T’s pediatrician has recommended we do Occupational Therapy to get him walking.  T is 18 months and can stand and walk but only while holding on to someone or something.

The call came on Friday from The CCAC and an appointment was made for Wednesday for T’s initial assessment.  It’s real and it’s happening.

Friday was also the day that Z came home from school with scratches on his face.  He couldn’t remember what had happened and I didn’t think much of it.  I had just cut his nails earlier that week and figured one was just rough.  Or, he sometimes bites his nails so again assumed that perhaps he made one rough and scratched himself.

It wasn’t until he was getting ready for bed, looked in the mirror and said that he remembers what happened.

He proceeded to tell me that when they were lining up to go inside from recess, a kid started pushing him, then kicked him and then hit him in the face!

My jaw dropped.  I couldn’t believe it.  Was my kid being bullied?  I don’t know about you, but that is one of my biggest fears as a parent.

He told me it wasn’t until they were inside that he asked the kid to apologize, which he did.  But he also told me he didn’t tell anyone what had happened.

Needless to say, I left a note in Z’s bag this morning for his teacher explaining the events that had happened Friday and got a call to discuss it and even to thank me.

While I think its great that the kid apologized, the whole thing was wrong.  And I explained to Z, as I have before, that while accidents can happen, someone that hurts you on purpose is bad.  And when it happens he needs to tell an adult right away and to not be scared.  I want to teach my son that telling on someone is okay when that someone has done something wrong.

I think he gets it.  And I think as he grows up he will realize it even more.

So, it was an interesting Friday last week.

Both are huge learnings for each of my kids.  Both will teach them to be stronger.  Both will show them not to be afraid.

And both of my boys will be okay.

Be strongkidsLearninglifemotherhoodparentingpediatricianteach your kidsTeaching
No Comments Write a comment 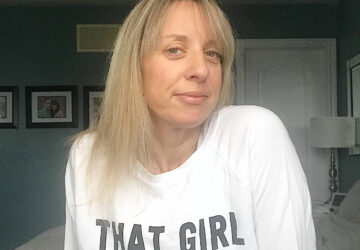 How Do You Find Balance? 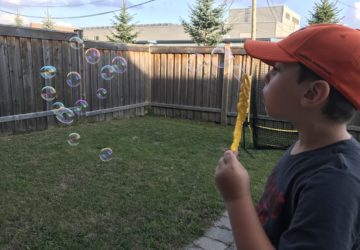 Keep Your kids Outdoors With Bubbles!

What Do I Need To Do To Get Some Sleep Around Here?