4 years old and on their own?

I remember when I went to Z’s new school orientation, one of the things that really stuck out in my head was that if the kid needed to make a #2, teachers can’t help clean them up.

This worried me.  Okay, my son has been trained since he was 3, but he certainly doesn’t know how to clean himself and he’s only seen me do it.

So of course my anxiety kicks in and I begin to think about what’s going to happen when he needs to go at school.  Do I teach him in advance exactly what to do “down there”?

So far, and perhaps by fluke or his own doing, he hasn’t had an issue yet and saves it for the confinement of our house.

As I drank my morning coffee I came across a post on Facebook.  It really disturbed me, as well as a number of other parents who read the post.  The post sparred a discussion that made me think of what I would have done in this situation.

It turns out that a kid, 3.5 years old and in JK, had an accident at school (#2).  Of course, neither teachers nor the ECE’s are legally allowed to touch a child so they called the mother and then the emergency contacts when the mother could not be reached.  Unfortunately, no one picked up their phones and the child was left in soiled clothing for 2.5 hours until the parent could come pick the child up.

Not only is this completely unsanitary, but it can cause a whole whack of other issues for the child; psychological even medical conditions!

I think it would be common sense for a teacher to talk to the child and walk them through changing and wiping themselves.  Wouldn’t that be a much better solution that to have a kid sit in their own feces!

I read an article recently from Kindercare Pediatrics located in Toronto (mailto:kindercarepediatrics.ca) that states there are justifications given for why teachers will not help children who need to go to the bathroom:

“1. The union advises teachers against it

There has got to be a better way to go about this and I can assure you I will be calling my sons school to find out exactly what their protocol and policy is on this.

Something needs to change!  What would you do if this was your child or their school policy? 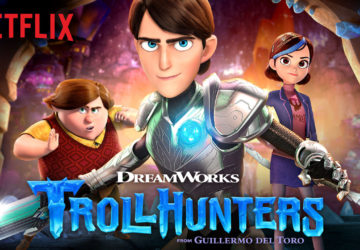 Whether You Stay Or Go, Netflix Has You Covered